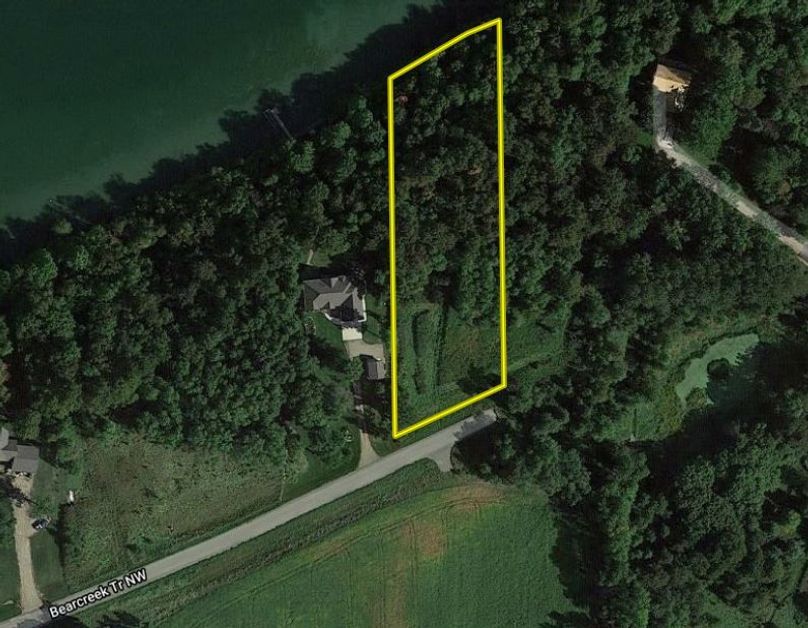 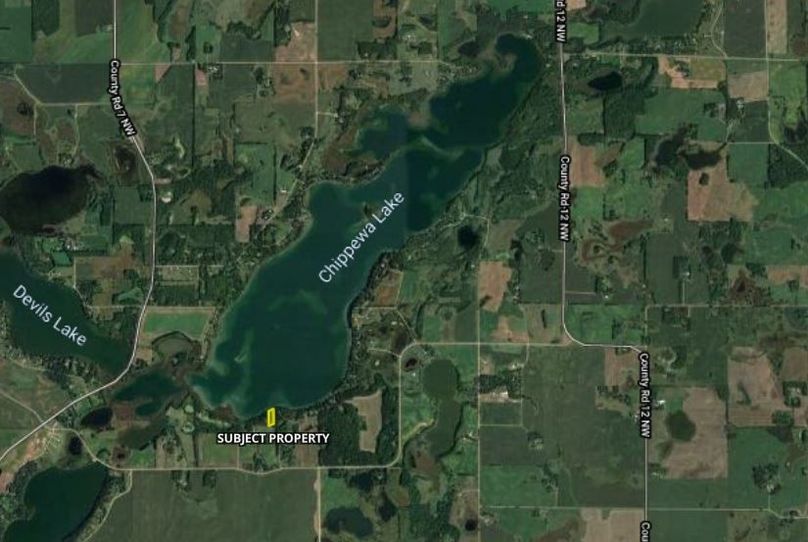 Chippewa Lake, more commonly referred to as “Big Chip,” is located just NW of Garfield in the Alexandria Lakes Area, which is approximately only a 2-hour drive up I-94 from the NW metro. This lot has approximately 155 feet of lakeshore and is the second to the last lot on the dead-end asphalt road, which gives a bit more privacy than most when it comes to vehicles driving by. The lot itself is elevated in its setting, allowing for panoramic vista views of Big Chip Lake. It is also orientated, facing the lake to the North, allowing you to enjoy both the summer sunrise and sunset. Big Chip is a recreational development lake which means that yes, it has a development along its shores, but it also has areas of lakeshore that aren’t developed. It is elongated and fairly large, with just under 1200 total acres. It has an average depth of 24 feet, a maximum depth of just under 100 feet, and a fishing structure all over the place, is putting it mildly. According to the recent 2021 lake/fisheries survey, Big Chip’s “water quality conditions are excellent and exceed averages of similar Minnesota Lakes.” It also notes that “walleye abundance has improved in recent years due to an exceptionally strong year class produced in 2020” and that there were also strong year classes produced in 2018 and 2021. It states that almost 70% of the gill net sample were walleyes three years old or younger with an average size of 14 inches and 1.2 pounds. This translates with the recent strong year classes that there will be an abundance of walleye that will be great “eater-sized” fish. Don’t let this fool you; there are plenty of walleyes in the 20+ inch range as well. Even though the walleye population is sustained through natural reproduction, it is noted that the management plan is to also supplement this with stocking on an alternate year basis. Not a “walleye guy”? No worries. Big Chip also includes other fish species, including Largemouth Bass, Northern, Sunfish, Crappie, and Perch. So, if you are looking for a lake lot to build your dream home or family cabin getaway on not only a lake that is a fantastic fishery but has good water quality, then give us a shout, and we’d love to discuss this “Big Chip” lot in further detail!