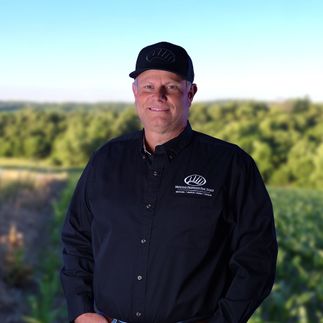 Dan Bates is the National Education Director for Whitetail Properties.

Dan started his career at Whitetail Properties in 2016, after a long and successful 15-year career in the automotive industry. During these years, Dan was a general manager of Sam Swope Automotive Group in Louisville, Kentucky. Ultimately, he would transition into human resources and education where he created curriculum and career pathways for each department within the company’s 18 dealerships.

Investing in and improving on a company’s culture and its ability to develop talent is where Dan has made his greatest contributions at Whitetail Properties. Initially, he started his career as a Land Specialist. In this role, Dan won Indiana Agent of the Year twice and was runner-up another year. But Dan’s interest in education and employee development lured him back into this area of specialization. Currently, as National Education Director, he creates curriculum developed for the company’s agents, both new and tenured. Dan says his aim is to create materials and experiences that will speak to agents and make a difference in their success and the growth of their businesses.

Dan grew up at the base of the White Tank Mountains in Waddell, Arizona. His father participated in Arizona’s archery elk hunt in 1972 and Dan got to tag along, but the family didn’t hunt often. His family’s finances were strained for most of Dan’s childhood, and those years were informed by a reliance on farm animals and a garden to keep food on the table. It was a hard upbringing, but Dan says he learned a tremendous amount from it. A 6th grade teacher often took Dan hunting, and his interest in the outdoors grew from those experiences. Apart from hunting, Dan is an Indiana Master Naturalist and holds a certification as a Mushroom Identification Expert.

Dan has two adult children, son Aaron and daughter Torrie. He and his wife Pat live in Birdseye, Indiana, on a 150-acre farm he once used for recreation, but ultimately also ended up living on the farm full time.