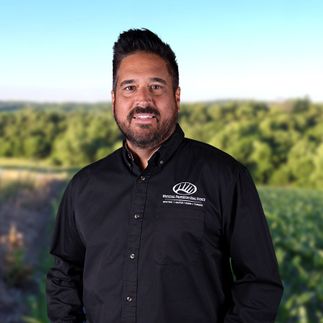 Pete Alfano is a founding partner of Whitetail Properties.

Before Whitetail Properties, Pete owned and operated a family pizza restaurant in Pittsfield, Illinois. And, remarkably, he assumed this ownership at the unlikely age of 18, after his father passed away from cancer. Having just enrolled in his first year of college, this venture wasn’t what Pete had in mind for himself, but it’s what was in front of him.

The weight, demands and reward of successfully running a small business, managing inventory, making payroll and maintaining customer satisfaction are all pieces that would later serve as catalysts for Pete’s success in real estate. As someone who spent much of his free time hunting whitetail deer and other wildlife, Pete had accumulated quite a bit of knowledge about wildlife behaviors, habitat and how to manage a property to attract deer and other big game. These personal interests led to a side venture: Pete started buying and selling rural properties to supplement the income from his restaurant. Essentially, he’d purchase a rural property, improve and expand on the property’s habitat and sell the property for a profit.

The transition to becoming a real estate agent full-time followed. Pete soon recognized that he was making more money selling farms than he was standing for 50 to 60 hours a week making thousands of pizzas. Fast-forward to today, and Pete remains an agent at Whitetail Properties, continuing to serve as a Land Specialist for buyers and sellers seeking expertise in rural property markets and values. Whitetail Properties also relies on Pete as an advisor to the company’s leadership team on rural-market trends and buyer tendencies. Many in the hunting community and industry recognize Pete by his frequent appearances on Whitetail Properties TV. The company’s television show, which airs on The Sportsmen Channel, helps promote property listings and showcases extraordinary hunts as a result of science-based wildlife management and habitat enhancements of rural properties.

Over the years, Pete’s has also owned a couple of successful hunting lodges: one in Kentucky and another in southern Illinois. He’s owned rural properties in Minnesota, Illinois, Iowa, Colorado, Missouri, Oklahoma, New Mexico, Arizona and Kansas. And he’s been published in numerous outdoor publications including North American Whitetail, Wired to Hunt and Minnesota Outdoor News.

While Pete’s unorthodox experience in business ownership — having assumed these responsibilities at such a young age — have proven invaluable to his success at Whitetail Properties, his success can also be attributed to simply pursuing the things that he was personally passionate about. Pete, a second-generation Italian-American whose father migrated to the U.S. from Sicily, was born in Chicago and moved to Pittsville, Illinois when he was 15. He currently lives with his wife Christie in Oak Grove, Minnesota, northwest of the Twin Cities.