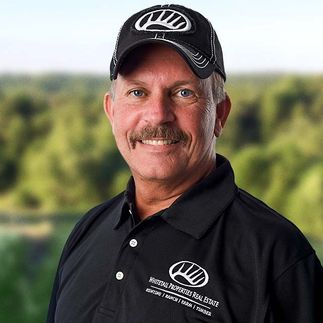 Rob Saunders is a partner at Whitetail Properties.

Prior to joining Whitetail Properties, Rob served in leadership roles in a variety of companies and industries. Early in his work life, he worked as a certified public accountant. Later, he spent 13 years working through varying finance positions from cash management to chief financial officer. He was also a chief operating officer of a healthcare agency that employed over 300 nurses, home health aides and social workers.

A Virginia native, Rob was living in Tennessee when he first began investing in farms, ranches and recreational properties. Soon, he began purchasing and investing in the Midwest, particularly in west-central Illinois. It’s during this period that Rob met some of the eventual founding partners of Whitetail Properties. Those eventual founding partners were also land investors who had come to understand that the real estate industry lacked quality agents in the rural-land sector..

Grounded by his faith, Rob considers property ownership a blessing and finds value and responsibility in humanity’s role as land stewards. This principle and belief is the underpinning of Rob’s professional convictions and is reflected in Whitetail Properties principles as a real estate company. It’s also reflected in Rob’s own life where, over the years, he’s owned properties in Georgia, Tennessee, Ohio, Illinois, Oklahoma, Iowa, Kansas and Missouri.

Stewardship, he says, is a very big part of what we teach and practice in the land business. It’s why Whitetail Properties trains its agents and brokers to teach land buyers and sellers how to effectively manage rural property and guide land improvements that benefit habitat that supports and sustains wildlife.

Rob earned a degree in business administration and management at Averett University in Danville, Virginia. He currently lives in Knoxville, Tennessee, with his wife Robin of 40 years. The couple have two adult daughters and five grandchildren.