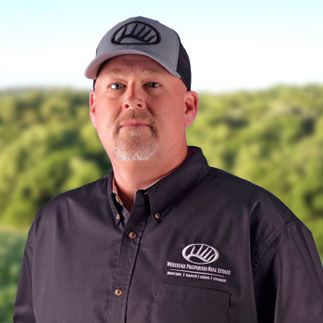 Ronnie joined Whitetail Properties in 2018. He’s served as a Land Specialist in two states, and was most recently the Director of Auction Services. Before beginning his work in the real estate industry, Ronnie had a 25-year career in the railroad industry. During this time, he occupied several senior leadership roles in operations.

After retiring from the railroad, real estate was a natural fit and seamless transition. His professional expertise and experiences translated well and, in addition, Ronnie has always had an interest in land. Specifically, his interest is rooted in investing and acquiring, improving and selling land.

At Whitetail Properties, Ronnie leads and supports the corporate staff and the national sales team, which includes 300 Land Specialists across 38 states. He believes acting with integrity, focusing on a positive customer experience, and building meaningful, long-term relationships are the foundation of Whitetail Properties' success.

Very similar to many Whitetail Properties team members, Ronnie has a deep-seated pride in land ownership. He currently owns recreational and income-producing properties in the Midwest and relentlessly promotes the benefits to anyone that will listen. Ronnie not only appreciates the investment potential of real estate, but is quick to highlight all of the ancillary advantages of owning land including pride, legacy, accomplishment and stewardship.

Born into a railroad family in Southwest Missouri, Ronnie has lived in fifteen states since childhood. He has many fond memories along the way and values the experience of living across the United States. Still, he’s always considered the Midwest as home. His parents are retired and proud landowners in nearby Southeast Missouri. He spends most of his spare time on one of his farms making improvements or helping his family on one of theirs.