After a 41-year career at John Deere, Larry Christenson retired from the company as an Executive Officer and bought a farm outside of Kansas City, Missouri. Owning land, he says, has been a very important part of his life.

“I’ve always had a dream to be in a position to own some land,” he said, reflecting on the twist and turns his life has taken over the years that led him to this property. He grew up on a dairy farm in northwest Wisconsin. The family milked about 60 cows, and Christenson and his older brother worked side by side. The dairy, as any dairy farmer can tell you, was a lot of hard work.

But Christenson says the farm gave him an early appreciation for land. Many landowners and outdoorsmen will talk about their appreciation for the land. It’s a real thing — a thing that’s felt deeply. But it’s a hard thing to articulate.

He smiles easily when he says this and then looks away like he wants to get it right: This idea of “fun.” He wants to make sure what he’s about to say makes sense. He says he likes to see how wildlife interact with the subtle changes made to the landscape, the food plots he’s put in or changed, the corridors or changes to a field’s edges.

“I just get as much enjoyment about — what’s the legacy I can leave here as far as developing this land,” he says. “My goal was to leave it better than when I purchased it. You can pass on a lot of assets to your kids, but land is very unique. Because that land — throughout the years — you really have a lot of stories and memories (here). And to me, it helps bond the family together. It’s hard to put a price on it.”

Christenson said he could have retired just about anywhere, but where he chose to buy property was mainly about family.

“For me, it’s about family and particularly my wife has got to feel she loves the area,” he says. In the end, the Christensons chose Kansas City because their children and grandchildren were nearby, and it was important to maintain that connection with family.

Land keeps a person connected to the seasons, too.

This is visible in Christenson’s routines around the farm. Land teaches you that observing each season isn’t the same as being put in it. You’re no longer an observer of nature, you are in it with the rest. When the corn is ready, it doesn’t wait. It says when. And the corn, it doesn’t call the shots either. It’s only reacting to the natural elements that prompt its growth: the soil, the sun, the rain. So Christenson harvests the corn, and he harvests the soybeans when they’re ready. He doesn’t set the pace.

He says some of his food plots are large enough that he can harvest enough to generate a little revenue. He leaves the rest for the wildlife. And when winter rolls around? It’s trapping season.

“I learned early on that I have a real passion for trapping,” he says. “I learned a lot of skill sets from my uncle as far as how to set traps, where to set traps, and a little bit about the various fur animals and their habitats. Now in retirement, I’m able to pursue that passion again. We’ve got a pretty good supply of coyotes and bobcats and raccoons around here.”

Christenson says the land and the work of each season is what he loves. It’s about the process. 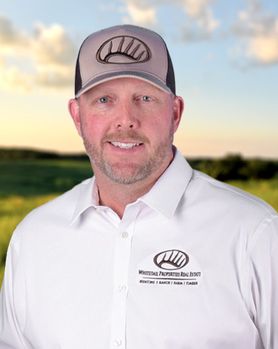